You are at:Home»Headline News»8 Story New York Building Designed as a Breeding Ground for Butterfly’s

The monarch butterfly is an iconic species that can be simply identified by its bright orange color and unique markings.  Interest in this species has increased in the last decade due in part to a decline in the eastern monarch population over the last 30 years.  Conservation can take many shapes, from farmers establishing habitat in non-productive crop land to urban and suburban households working milkweed into their gardens. 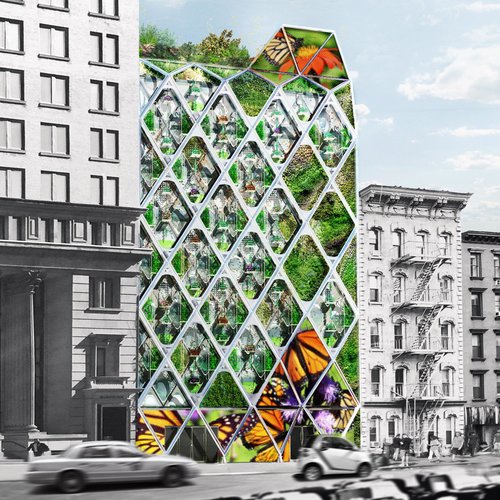 This project will vitally serve as a large-scale Lepidoptera terrarium. It will bolster the monarch’s presence in the city through two strategies: open plantings of milkweed and nectar flowers on the roof, rear façade, and terrace will provide breeding ground and habitat for wild monarchs, while enclosed colonies in the atrium and street side double-skin façade will grow monarch population. The insects will be periodically released to join the wild population, enhancing overall species population numbers.

Our connection the community of NYC is essential. The prime location will attract attention and educate the public on Monarch extinction. It has a total area of 30,000 square feet and is to be located in the heart of Nolita, between Soho and the burgeoning art district along the Bowery, and a few blocks west of the New Museum. The site is just around the corner from the Storefront for Art and Architecture and currently exists as two plots occupied by small residential buildings, which will be combined into a single property. 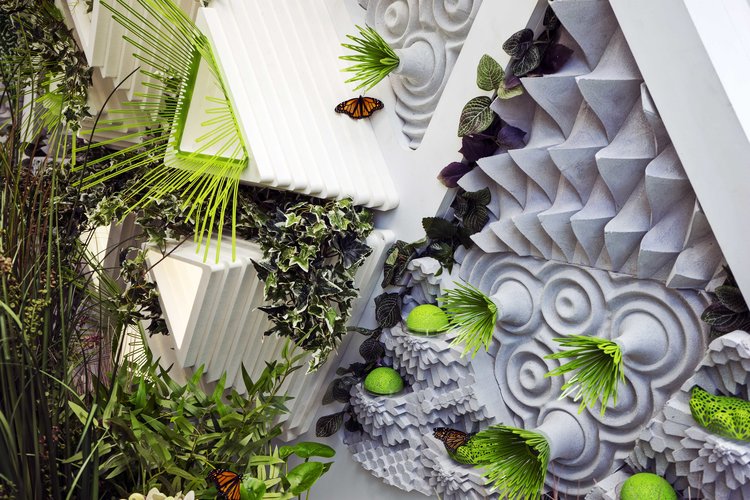 Although it is a relatively small commercial building by New York standards, the building will present a striking public face and a powerful argument in favor of a diversity of life forms in the city. It will face Petrosino Square, a small triangular paved public park, named after a fallen NYPD lieutenant. The façade of the Monarch Sanctuary building will add a lush vertical surface to the edge of the square.

The double-skin street façade, with a diagrid structure infilled glass at the outer layer and with “pillows” of EFTE foil at the inner layer, encloses a careful climate – controlled space, 3’ deep and 7 stories tall. This “vertical meadow,” the terrarium proper, serves as an incubator and safe haven for Monarchs in all seasons. It contains suspended milkweed vines and flowering plants to nourish the butterflies at each stage of their life cycle. Hydrogel bubbles on the EFTE help maintain optimal humidity levels, and sacs of algae help purify the air and the building wastewater. Solar panels on the roof provide renewable energy to assist in the powering the facilities. 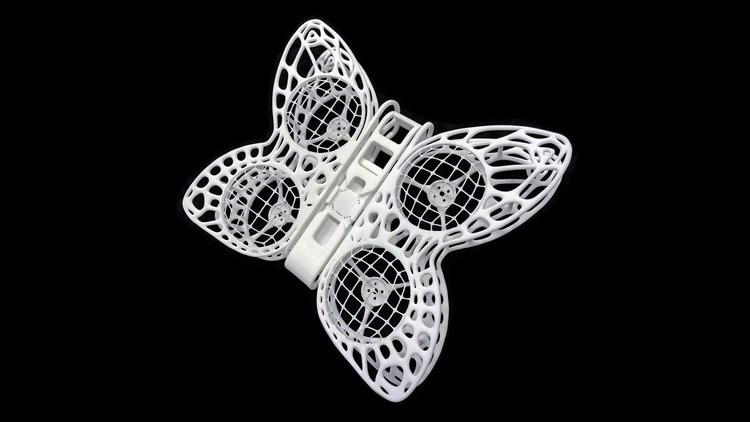 Other features of the project are equally in service of the insects. LED screens at the street level provide magnified live views of the caterpillars and butterflies in the vertical meadow, which also connects to a multi-story atrium adjacent to the circulation core. Interior partitions are constructed from mycelium, and additional planting at the ceiling enhances the interior atmosphere and building biome. Hovering around the building, a few butterfly-shaped drones take readings and maps of the immediate microclimate. They return every few minutes to recharge, and their combined real-time data works to maintain the butterfly health. 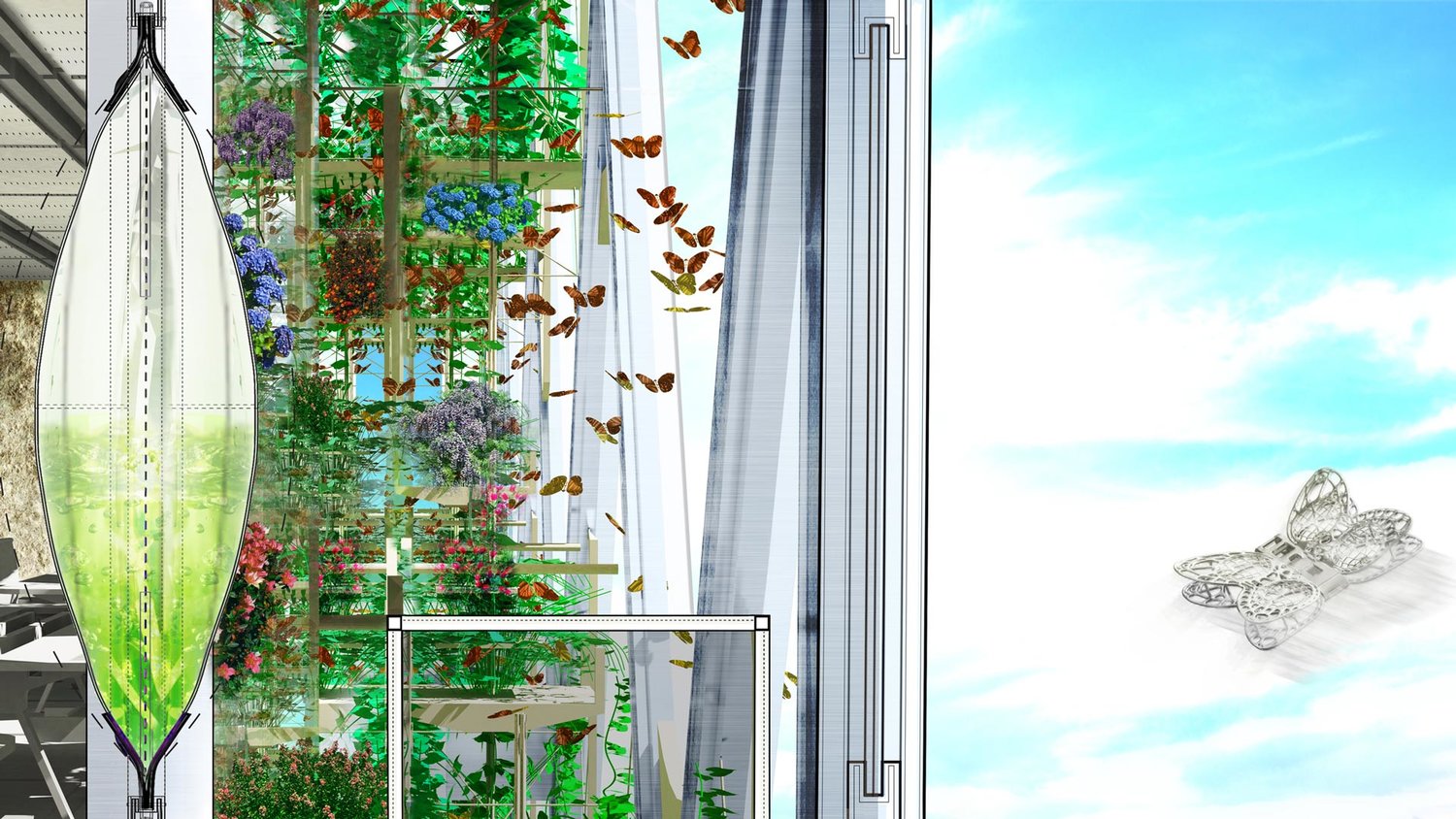 The building is intended to serve as an object lesson in enhancing the urban environment with green technologies, including plant life and other creatures, in designing for other species, and in conveying images of new possibilities for the urban environment. This project alone will not save the Monarch but it will crucially raise awareness about our much-loved insect residents.