Orbital uses floating turbines, installed in channels that accelerate tidal flows. These turbine platforms are moored to the ocean floor at four points using extremely strong chains, meaning the undersea work to install them is quick, cheap and minimal.

The turbines are joined to the main platform with huge arms, and their giant blades can be reversed in pitch between tide cycles to generate power whichever way the water’s moving. Energy is sent back to shore through thick undersea cables, and the platform’s arms can articulate to bring the turbines up out of the water for simple inspection and maintenance without any scuba gear required. 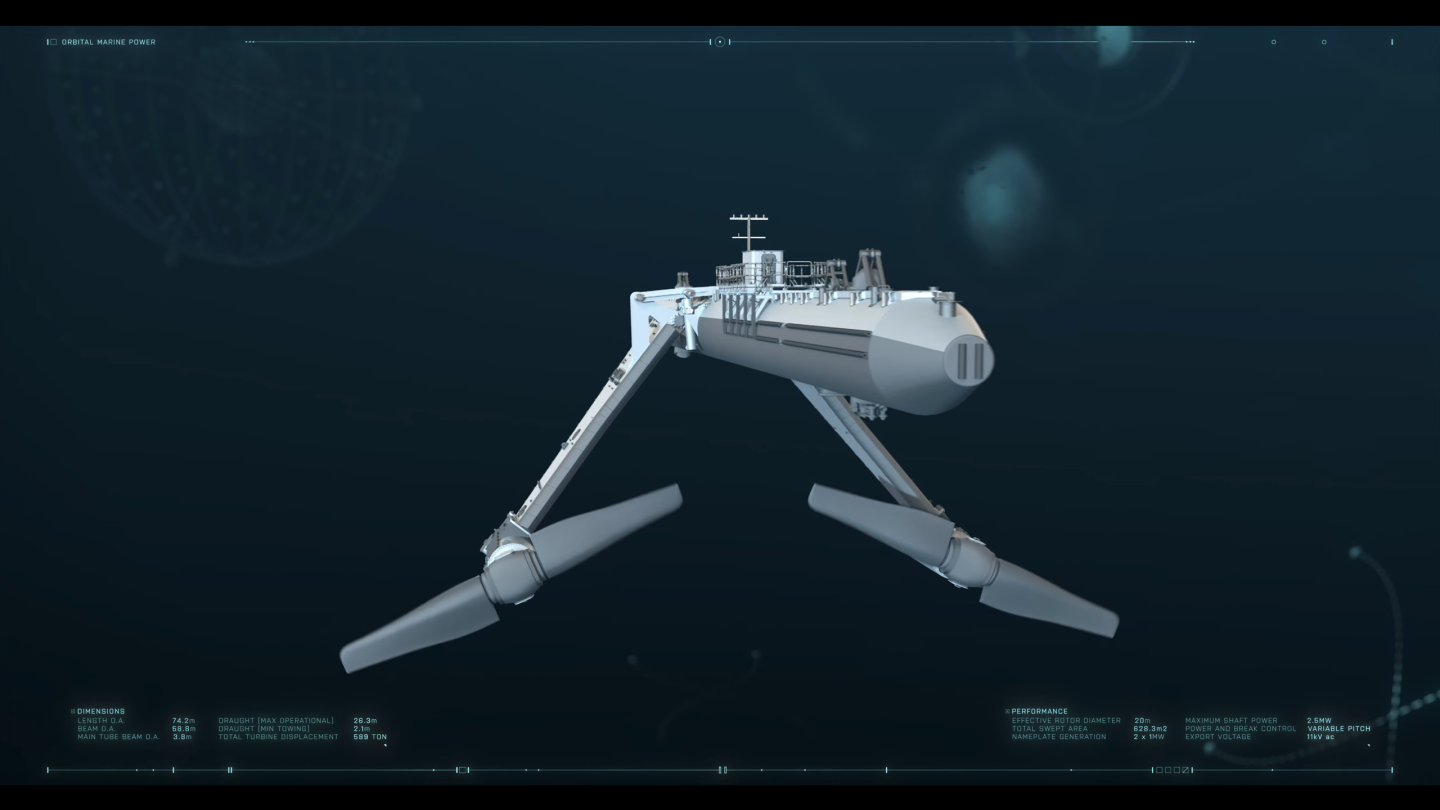 Orbital’s prototype, the SR2000, was installed in 2017 with a rated capacity of 2 MW, and generated some 3 GWh in its first year of operation despite mainly being an R&D platform.

Now the production version is complete, and it’s expected to do significantly better. The O2 is also rated at 2 MW, with twin 20-meter (65.6-ft) rotors sweeping more than 600 square meters (6,460 sq ft) of area below the surface, on the end of 18-meter-long (60-ft) articulating arms. The platform itself is some 74 m (243 ft) long. The company says it “has the ability to generate enough clean, predictable electricity to meet the demand of around 2,000 UK homes and offset approximately 2,200 tonnes of CO2 production per year.”

The launch marks the completion of the turbine build, managed by TEXO Fabrication, and the O2 will now be towed to the Orkney Islands where it will undergo commissioning before being connected to the European Marine Energy Centre (EMEC) where it will become the world’s most powerful operational tidal turbine.

Speaking of the launch, Orbital’s CEO, Andrew Scott, said: “This is a huge milestone for Orbital; the O2 is a remarkable example of British cleantech innovation and the build we have completed here is an inspiring display of what a UK supply chain can achieve if given the opportunity – even under the extraordinary pressures of a pandemic.”