You are at:Home»Green Your Home»How to Design Smart Homes? 8 Tips for Incorporating Domotics Into Architecture

With lower costs and easier assembly, today, developing a new project without home automation seems somewhat absurd. Below, with the help of AVE Chile, Arch Daily has compiled a series of tips to help you incorporate domotics into your next project.

1. Experiencing home automation is key to convincing the client

The vast majority of people who have ever inhabited an automated space will hardly feel comfortable returning to traditional systems. To convince a new client, it’s key that they can experience in situ the benefits of home automation: test the different options of a control panel, manage the environmental conditions of a space, change the intensity and color of the light, adjust the temperature, and/or interact with the different types of switches and their sensors.

2. The user must identify what they really want to control

Once the user experiences home automation, they may want to control everything, without much reason. By definition, home automation seeks to be globally intelligent, so it must function as a system that facilitates processes, without unnecessarily complicating the user’s life. Automating the operation of an iron or a coffee machine, for example, may not make a real difference in the user’s quality of life. However, the ability to program lights, alarms and/or heating at certain times of the day, will.

Once the needs of the user have been identified, it’s advisable to plan integrated solutions that allow programming and controlling of environments. For example, when selecting a predefined environment for the night, the system will execute, in a single process, the attenuation and shutdown of lights, the closing of curtains, and the activation of the alarm. This doesn’t prevent the management of each option separately, but it’s easier and more effective to consider them, from the outset, as responses as a whole.

4. There is no difference between a traditional electrical plan and a domotics plan

When bringing home automation into a built project, the architect must simply define the locations of the switches and other devices, and the specific functions of each one of them. With this plan, the company in charge of the installation of the automation system is responsible for intervening the electrical installation on site, giving the specialist the instruction to incorporate the wiring required by the home automation. This UTP (Unshielded Twisted Pair) cabling is much simpler than the one traditionally used, and occupies a single pipeline.

It’s important to point out that home automation must be included in the construction plan before beginning the heavy work since in more advanced stages the complete process becomes more complex.

5. In just a couple of hours, an electrical specialist can learn to install a home automation system

It’s not necessary for the electrical specialist chosen by the architect or client to be an expert in home automation in order to install it. The training related to this process can be done in just a few hours.

In the case of hotels, home automation allows spaces and rooms that are not in use to be kept completely off, taking detailed control of the use that each guest gives to each room. For example, if a guest has the heating on in his room and opens a window, the thermal system will shut down to avoid energy waste. Even during the night, while the guest sleeps, the system can be programmed to reduce the temperature slightly, saving a large amount of energy without the user noticing.

In addition, in buildings that use three-phase systems, it’s possible to determine a maximum monthly energy consumption, avoiding that the expense exceeds the predetermined limit at the end of the month. The control panel gives the user a complete detail of this consumption: daily, weekly, monthly or yearly.

7. Home automation can improve the quality of life for elderly or differently abled people

Through centralized control panels and motion sensors, home automation can greatly facilitate and support the way in which older adults or people with disabilities inhabit their daily spaces. Among other benefits, it is possible to program the lighting of lights at a certain time of the day, increasing its intensity with the passing of the hours, or turning on and off automatically when the person enters certain rooms. In addition, people with Parkinson’s disease or other motor diseases can solve the handling of the switches without touching them.

8. Integrate alarms in the home automation system to control remote intrusions or dangers

Including the alarm in a home automation system avoids the need to connect to a central, notifying the user directly on his mobile phone and showing in detail which door or window has been intruded. If surveillance cameras have been included, it’s possible to see in real time what is happening in the building.

In the case of other hazards, such as a gas or water leak, the system warns the user to close the passage of these elements, while a definitive solution to the problem is found. 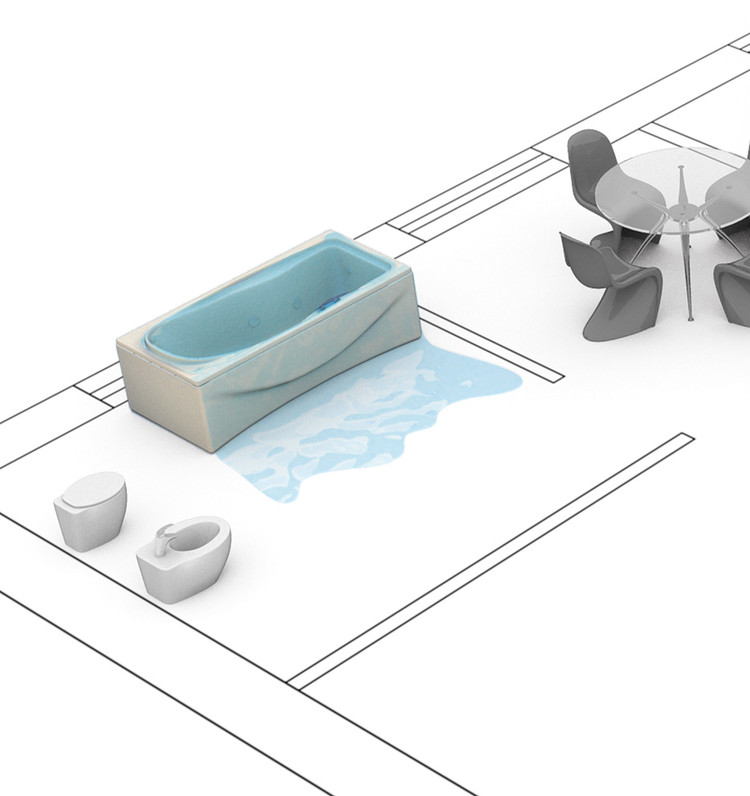