The starting point for the unique brewery to neutralise their carbon impact on the environment was to calculate their carbon footprint by means of a greenhouse gas audit. This carbon footprint is then offset by impactChoice, a provider of end-to-end environmental sustainability solutions, who also ensure the emissions are offset via responsible carbon capturing and reduction projects.

The sustainability trend set in production is messaged in an actual product. In 2016, Darling Brew released Africa’s first carbon neutral beer, Blood Serpent, with the intention of later extending it across the range. Blood Serpent was seen as a catalyst within the African beer industry, especially towards decarbonisation and company buy-in for carbon neutrality. The beer was celebrated for being an innovation, not only within the craft beer industry but towards sustainability in Africa. It also happens to taste good too. 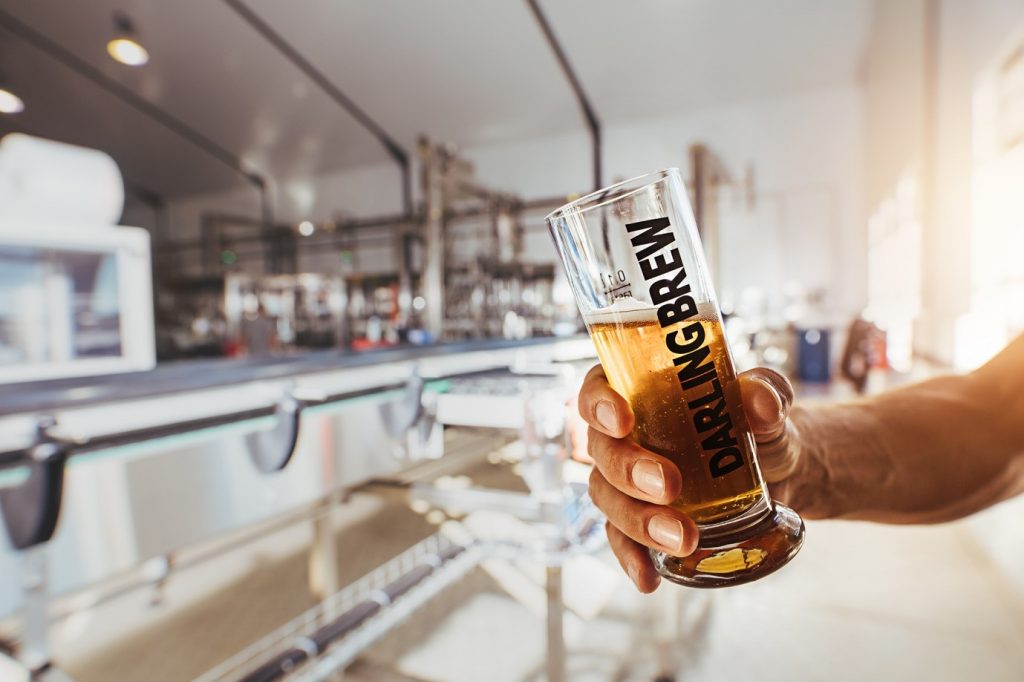 “It’s not about doing what we like with our operations and just offsetting our impact,” says Kevin Wood, owner and founder of Darling Brew, “It’s about our commitment to continue reducing our carbon footprint as much as possible whilst using the offsetting process as a way of further redressing our impact.”

In order to ensure that the brewery is reducing its impact, Darling Brew has teamed up with sustainability consultants Ecolution Consulting who, in addition to guiding the brewery through the carbon offsetting process, are working with Darling Brew to continuously reduce the water and energy consumption, as well as the brewery’s waste to landfill percentage.

“We are identifying short and long-term strategies to ensure that Darling Brew continues to travel further along their sustainability journey,” says André Harms, sustainability engineer and founder of Ecolution Consulting. “This started with the procedure of tracking and recording consumption and waste data to ensure that real progress is being made.”

The brewery sets the benchmark, not only for craft breweries, but also all other industry sectors by transparently displaying the month to month statistics on their water, waste, energy and carbon use.

They further push the sustainability envelope by implementing a series of green initiatives in the brewery that include water efficient fittings, waterless urinals, ongoing recycling and food waste management and the use of upcycled furniture and recycled wood in the brewery and taste room area.

The trend-setting brewery marks a distinct departure from conventional green building methodology which typically adopts a green building rating tool as a guide. Green building or green factory features are now common knowledge. The challenge is how to do it holistically, whilst integrating the features into a sustainable solution with performance-based reporting and ongoing improvements. The Darling Brew brewery ticks all the boxes and sets the benchmark for all future green production facilities in South Africa.

“We are excited to progress on this journey,” says Kevin Wood. “Going carbon neutral is a massive step for us, but certainly not the last.”