But of course it has never really been about the boat… we simply want to demonstrate that single use plastic doesn’t make sense, and we hope people around the world are inspired to find their own ways to repurpose ‘already-used’ plastic. 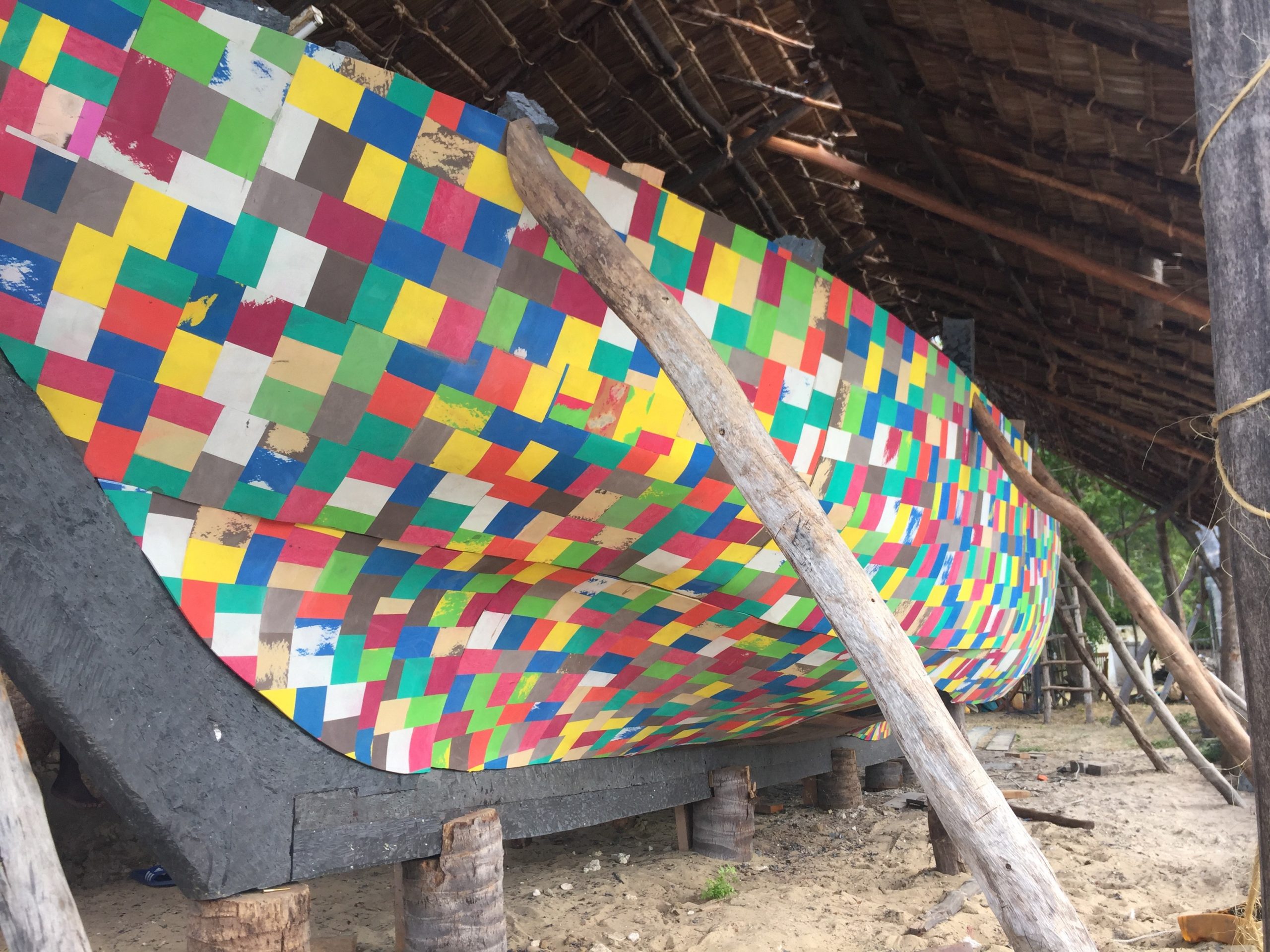 The Flipflopi dhow made entirely from recycled plastic. Credit: Flipflopi

We always believed that our positive message and brightly coloured dhow would attract the world’s attention to plastic pollution by making them stop and smile. However, the response has been far greater than we could have imagined. By sailing down the African coast, we have seen direct impact on the tourism industry, and have been engaging communities, policy makers and businesses in serious discussions about plastic and the environment.

Now our hope is to take the plastic revolution from Africa to the world. By building a much bigger ocean-faring boat, our aim is to sail around the world to connect corporates, individuals, and law-makers who hold the keys to turning the tide on plastic. Wherever you may live, the reality is that we are all standing on the edge of a global calamity. Urgent actions are needed, so we urge you all to join the #plasticrevolution and make your voice heard!

PreviousSolar Panel Factory Begins Production in Burkina Faso
Next Cape Town: Sign Up for SuperSolarSchool – Master The Sun in One Week