You are at:Home»Headline News»The Most Influential Climate Science Paper of All Time

Working alongside Joseph Smagorinsky, the Geophysical Fluid Dynamics Laboratory’s visionary first director, Manabe led a team of computer programmers to add missing physics to the lab’s weather model. Even the best computers in the world at the time were far less powerful than today’s mobile phones. So to get the model to work, Manabe needed to make the physics as simple as possible. This meant making a range of coding approximations to quantify how the air exchanged heat and water vapour with the land, ocean and ice.

This climate model development – the first of its kind – was an ambitious 20-year project that ultimately earned Manabe a share of the 2021 Nobel prize in physics. The key paper came mid-way through this period: Manabe and Wetherald (1967).

Manabe is typically modest about intentions behind the work and from reading its title, “Thermal Equilibrium of the Atmosphere with a Given Distribution of Relative Humidity”, you might be forgiven for thinking it could be a bit dull. Yet the Nobel committee, myself and the hundreds of colleagues around the world that voted it the most influential climate science paper of all time, would beg to differ. 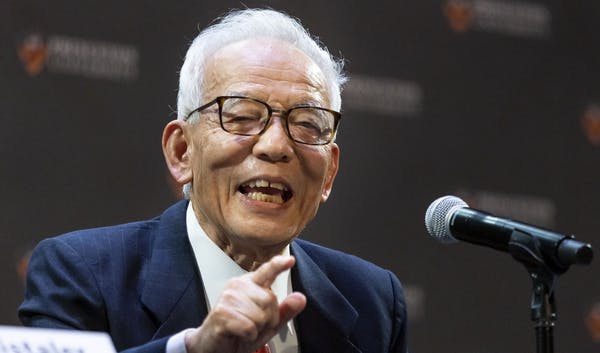 In trying to simplify the code, Manabe and his colleague Richard Wetherald wanted to know the minimum number of discrete levels to use in his model atmosphere. They also wanted to know which greenhouse gases it was necessary to include in the model to adequately represent the way temperatures vary with altitude, as these gases absorb heat emitted from the Earth’s surface, but at different levels. Their three-dimensional climate model was too computer-intensive to run these model tests, so they had to build a simpler one-dimensional model. They wanted to simulate how radiation and clouds interact to redistribute heat and water vapour through the atmosphere.

The bulk of the paper concerns itself with building the simple model and doing these tests. But they also do two other experiments in the paper to quantify how greenhouse gas might alter climate. And this is where the breakthrough occurred: they found they had built the perfect model to accurately estimate how human activities could alter the Earth’s surface temperature.

Their first such climate-change experiment wasn’t to look at the role of carbon dioxide, but was to look at the effects of water vapour injected high into the stratosphere from a potential fleet of supersonic jets, as this and a possible nuclear winter were the immediate concerns of the time. However, their Table 5 goes down in history as the first robust estimate of how much the world would warm if carbon dioxide concentrations doubled. Manabe and Wetherald estimated 2.36℃ of warming, not far off today’s best estimate of 3℃.

Earlier attempts to estimate the warming from carbon dioxide increases had floundered, as scientists struggled to work out how water vapour, the most important greenhouse gas in the atmosphere, would respond as the Earth warmed. Manabe and Wetherald’s simple model could accurately redistribute water vapour in a way that real deep clouds do, with water vapour broadly increasing in concentration up to a certain level of humidity. This increase was found to amplify the warming from carbon dioxide by around 75%. This water vapour feedback estimate has also stood the test of time.

Manabe, working with various colleagues, went on to write many more seminal climate modelling papers. He set the foundation for today’s global climate modelling efforts. The physics was beguilingly simple so his models could run on these early computers. Yet, by being simple, the results could be understood and tested. His application of these simple models to the pressing problems of today was insightful.

After graduating with a degree in physics over 30 years ago, I chose a career in atmospheric science over particle physics. I always worried about how my applied physics was viewed by mainstream physics colleagues. With a Nobel prize in physics under our discipline’s belt, it gives me and climate modelling colleagues the credibility and recognition we have yearned for: climate science is real science.

PreviousNamibia is Poised to Become the Renewable Energy Hub of Africa
Next Eskom: Loadshedding to Continue Until Thursday